Captain Pierre Emerick Aubameyang was in a scintillating form when Everton visited the Emirates stadium on Sunday. The Gabon International scored twice to help Arsenal to victory. Everton started the better side and they were ahead in the second minute when the impressive Dominic Calvert Lewin acrobatically converted Sigurdsson’s freekick, albeit David Luiz should have done better with the defending. 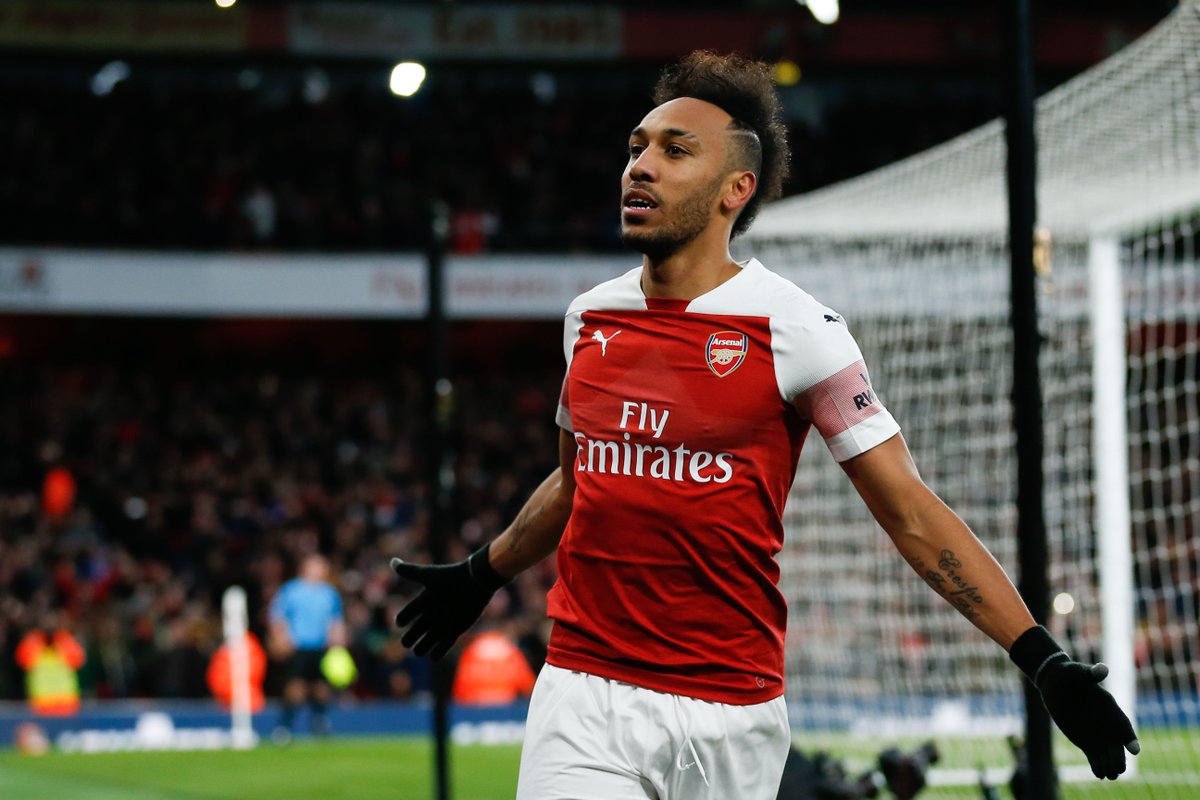 The Gunners kept their structure and composure, as the away side kept threatening and they nearly added the second goal when former player Iwobi, was put on goal only to direct his effort way over the bar.

Arsenal youngster, Eddie Nketiah went close, but his effort did not disturb Pickford in goal. What appeared to be a shoulder injury left SeadKolasinac in pain, he couldn’t continue,so he was replaced by Bukayo Saka. The newly introduced youngster combined well with Nketiah as the striker finished with aplomb.

Aubameyang soon added the second goal after a good through ball from Luiz. The Gunners were heading to halftime with a 2-1 lead only for Richarlison to score at the death in the first-half stoppage time.

The break seemed to galvanize manager Mikel Arteta’s men, for Aubameyang scored his second within seconds of the restart when he nodded in Nicolas Pepe’s cross.

The win takes Arsenal to 37 points from 27 games and the gunners have moved from 10th to 9th in the table. The Gunners will hope the form of their captain can take back to the Champions League. They are 7 points away from Chelsea who occupy the last Champions League spot.

The ban placed on Manchester city could see the 5th placed team in the England premiership table make the champions league this year, and the Gunners will hope they can do just enough to take the initiative. Manchester United occupy the 5th position, the Red Devils are 4 points ahead of Mikel Arteta’s men.